Flat Track. Or is it Dirt Track? Or maybe even Short Track? Yes we agree, initially it might be a little confusing, but with some patience, hopefully it should become clearer after reading our notes below...

Flat Track Racing dates back over a hundred years. Arguably it's the oldest, longest-running, most traditional style motorcycle racing series. There are many existing websites on which, you can read the full history of Flat Track Racing, but perhaps a notable, seminal moment was in 1971, when the sport saw real growth as Bruce Brown’s motorcycle racing documentary “On Any Sunday”, brought Flat Track Racing to millions of people via the big screen. In many countries, it's also known as “Dirt Track Racing” which again has an American backround to the name

Short Track Racing is a term that also originated in the USA, initially to describe race tracks less than one mile (1.6 km) in length and it was often associated with fairgrounds and other similar venues. In the UK, the term Short Track was applied as most Flat Tack races are indeed held on short tracks, such as Speedway tracks or horse trotting tracks when they are in normal use!

Motorcycle racing champions and stars from many other disciplines now have a Flat Track Race Bike and with the powerful effect of Social Media and it's instant and powerful awareness, you can look forward to some big Flat Track Racing events that would have seemed impossible ten years ago. Here in the UK, The Official Championship is run by the DTRA, which is an acronym for the Dirt Track Riders Association. UK Flat Track Racing (Both Indoor and Outdoor) The UK Official Championship and the DTRA have always been supported by AAA Racing

You can read all the regular DTRA publications, simply by following this link: Online Flat Track Magazines

We have our own information about UK Flat Track Racing plus useful Flat Track Technical Guidance in relation to the different Flat Track Tyres that we sell, but away from AAA Racing, here's some links to the most popular starting points: 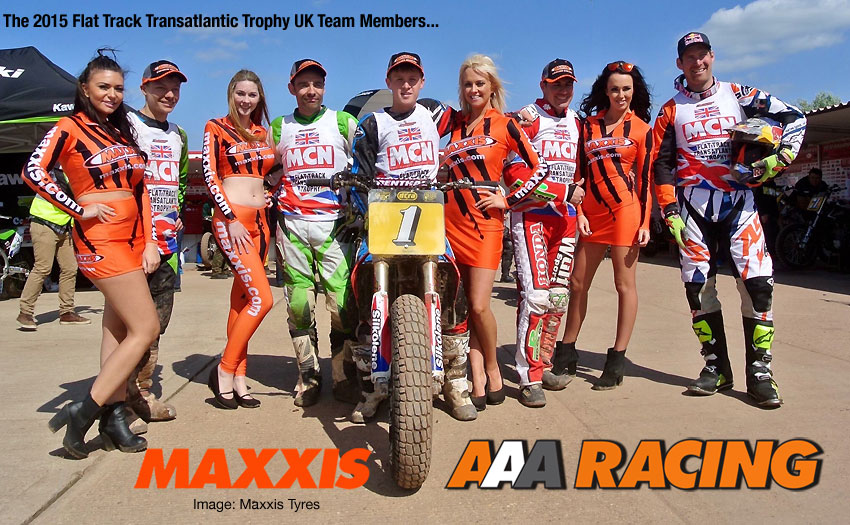